VIP Family Membership Terms
X
X
Welcome!
Please enter your email address and create a password.
Thanks for being a part of the Road Runner Family!

Join for $1.99 Today* today so you and your family can enjoy all these benefits!

Pad your wallet even more with FREE standard shipping every day. No minimums like those other guys. Plus, all your in-stock items will be packed on the truck within 2 hours of placing your order. learn more

Men's NIKE® EPIC REACT FLYKNIT :: Put 17,000 miles and 2,000 hours of play to the test in the new Men's Nike Epic React Flyknit cushion shoes. Nike engineers developed the React midsole to give you the most cushion, springy response, and durability possible while remaining lightweight. Up top, feel smooth as ever with plush Flyknit holding feet snug and a bootie shape for easy entry. Just like that, you're out the door in your Epic React Flyknit with clear rubber traction just where you need it.

SHOE CATEGORY What is this?

If you want the latest and greatest in Nike innovation, then you need to experience the all-new React technology. The React provides unprecedented foam cushioning-11% softer with 13% more energy return than their previous bouncy cushioning that gives you constant comfort while you run.

Opposites attract in the Epic React Flyknit for men. It’s lightweight yet responsive, soft yet durable - this impressive combination of comfort enhances the feeling of forward motion like you wouldn’t believe.

When style matters as much as performance, there’s no better choice than men’s Nike Epic React Flyknit. Elite athletes like you deserve premium threads that look as good as they feel-and Nike doesn’t disappoint.

What People Are Saying About Men’s Nike Epic React Flyknit

Runners are calling the men’s Nike Epic React Flyknit an instant win. It brings more bounce to your running, creating an experience that’s way more fun. You will quickly realize that the sensation of running in the Epic React Flyknit is contagious-it makes you want to get up, slide into a pair, and get out the door.

In true Nike fashion, the Epic React Flyknit is data-driven. Users love the optimized traction and strategic placement of rubber sections on the toe and heel in order to keep the shoe as light as possible.

The Bottom Line: Nike outdoes themselves yet again in the men’s Epic React Flyknit. They’re soft and springy, light and long-lasting, and great for athletes gearing up for competition.

Size and Fit of the Men’s Nike Epic React Flyknit

The Nike Epic React Flyknit is ideal for men with normal foot width, but you should consider going up a ż size larger than what you normally wear to ensure optimal toe splay.

The Flyknit material in the upper of the Nike men’s Epic React gives your foot a hug, conforming to the shape of your foot with a bootie-like construction. The tongue is built-in seamlessly, eliminating the pressure caused by traditional tongues.

The foam of the outsole on the men’s Nike Epic React Flyknit is super springy, creating a bouncy push-off with each step. It resists compression and keeps its shape, still feeling like new after roughly 300 miles and giving you that exciting, fresh-out-the-box feeling each time you put them on.

You Deserve to Know Your Review Counts!

of customers recommend this product 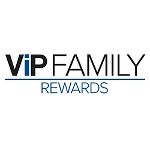 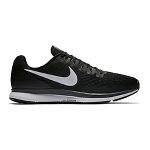 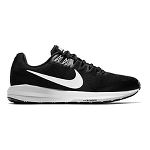 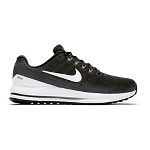